Digging for Dirt: Picking Out Some Weeds 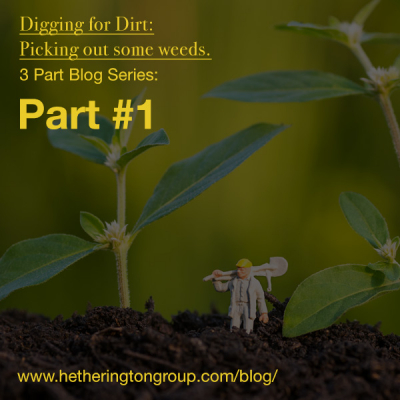 This week we explore where to look for records.

The first step in criminal record searching is determining where to search. A county courthouse search is the most accurate and least complicated search but not always the most practical. There are over 6,000 courts in the U.S. that hold felony or significant (non-traffic related) misdemeanor records. For those of you who think everything is online, you’re misled. According to The Sourcebook to Public Records Information, 11th ed. (2015), less than half of the courts offer online access to a searchable record index and far less offer online access to case files.

Each state has a central judicial office, usually known as the State Court Administrator, which oversees the state court system. The state judicial website is a good place to find decisions and opinions from the state’s Supreme Court appeals court. In some states, the state court administration office oversees a statewide online access system to court records. Some of these systems are commercial and fee-based. Other systems offer free access, but search results are usually very limited in comparison. For example, statewide online systems are available in Alabama, Maryland, Minnesota, New Mexico, Oregon, Washington, and Wisconsin; but you still need to understand the court structure in that state, which particular courts are included in their online system, what types of cases are included or not included, and what personal identifiers are presented.

Criminal court records are eventually submitted to a central repository controlled by a state agency such as the State Police or Department of Public Safety.

The difference on the record access procedures between the state repositories and the courts is huge. Records maintained by the court are generally open to the public, but not all state criminal record repositories open their criminal records to the public. Of those states that will release records to the public, many require the submission of fin­gerprints and/or signed release forms. Check the BRB Publications website to locate any possible open free database availability. Counties in Florida and Texas, plus the city of Los Angeles, have a lot online. If you are a subscriber to BRB’s Public Record Research System, you will have access to court info on 7,900+ courts as well as each state’s court structure. If not, start with look­ing up the state’s court administration web­page.

Are you interested in working with an international company but unsure if it’s legitimate? As veteran investigators in global due diligence, Hg understands the business world and the legal and regulatory frameworks in which corporations and privately held companies operate. Our skilled analysts excel at exposing financial risks, reputational issues, criminal activity, and legal actions detrimental to your personal and business stability. Learn how our team can arm you with the data you need.