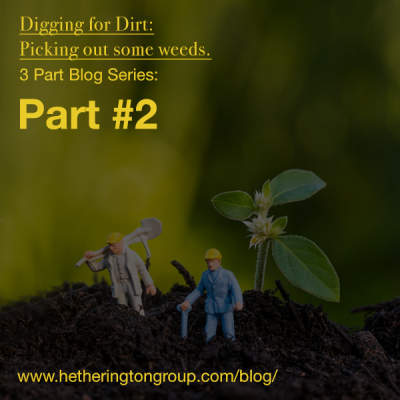 Last week we reviewed where to look for records. This week we explore vendor resources and state resources.

Once You Find the Case

Once a civil or criminal matter is located, it is important that you understand and repeat clearly what the citation, docket sheet, or case file states. The docket sheet (list of events that occurred) will give you dates, parties, and some idea as to the conclusion or disposition. However, it may be necessary to send a public record retriever to the court that is housing the case file. The retriever can photocopy the file and send the proceedings to you. These large files can take hours or longer to review but are worth the time. The details within the case files, especially civil business matters, will indicate many interesting details, such as associates that you have been trying to match up and, perhaps, brought in to testify as a witness. The appended case files also can help you find assets you may have been looking for.

Some recommended vendor resources include:

There are two other significant state resources of criminal records: The state prison system (incarceration records), and the agency that maintains the sexual offender records. Most of these state agencies offer online access to portions of their records; their sexual predators lists are always worth a check. Yes, it’s difficult to imagine your neighbor, or the executive living up the block, being noted as a sexual predator, but remember that there is no one type of person who decides to victimize others. Always check these handy and important state lists for your subject. Keep in mind that some states remove the information from the Department of Corrections website after a period of time when the inmate leaves the prison.

State Sex-Offender Registers can be located at most of the state registry websites, and with vendors such as IRBsearch, CLEAR, TLO, Tracers, and LexisNexis, to name a few. Also, check State Prison Inmate Locator (www.corrections.com/ links) and the state searches (www.vinelink.com). Additionally, the U.S. Department of Justice’s Dru Sjodin National Sex Offender database (www.nsopw.gov) is for searching across multiple states.

Outside the U.S., check on the laws of that country to see if criminal histories are available, and if they require a signed release.

Are you interested in working with an international company but unsure if it’s legitimate? As veteran investigators in global due diligence, Hg understands the business world and the legal and regulatory frameworks in which corporations and privately held companies operate. Our skilled analysts excel at exposing financial risks, reputational issues, criminal activity, and legal actions detrimental to your personal and business stability. Learn how our team can arm you with the data you need.