Snapchat: Investigating the Ghosts of the Internet

In this 3-part series, guest blogger, Edward J. Ajaeb, discusses how investigators can use Snap Map, a Snapchat tool. He’ll first get you familiarized with the social media platform and then dive into the ways investigators can utilize the Snap Map feature when conducting threat assessments, person investigations, and gathering on-the-ground, real time optical data.

The multimedia messaging application, Snapchat, is a smartphone open source social media app where messages and photos are available for only a short period of time, disappearing afterwards. The app is particularly popular with young people: In January 2018, 78% of U.S. internet users between the ages of 18 and 24 used Snapchat, according to Statista. A recent visit to the web browser version of Snapchat gives a snapshot of users’ stories, many of which were published by the platform’s most avid age demographic.

Snapchat users can communicate through direct Snap messages to friends and by sharing Snap Stories. Snap messages allow users to send a photos, videos, or text to Snapchat friends within the app. In these cases, the Snap is only visible for a short period of time, preset by the user. Once viewed or read, the snap disappears.

A Snapchat Story contains snaps users have added within the past 24 hours and are visible by all of a user’s friends. Users can also  change privacy settings to limit who sees their Stories. Stories can be viewed an unlimited number of times and users can see how many people have viewed their Story. But once a Story or a Snap message disappears, it’s gone—forever.

Snapchat keeps no archives. Investigating Snapchat is primarily done with possession of cellphones to forensically extract erased data. Law enforcement personnel who subpoena Snap, Inc. for records can extract pieces of communications logs. However, since Snapchat makes a point to eradicate content of a message once it has been read by the recipient, there is obviously very little to research in the communications logs.

In June 2017, Snapchat unveiled Snap Map, a feature that allows users to view location-based snap stories from users across the globe. Snap Map is intended to help Snapchatters find out what their friends are doing, discover what’s going on in their neighborhood, and even explore other users’ snaps from places of interest around the world.

In addition to enabling users to become virtual tourists through the eyes of other Snapchat users, Snap Map can be a valuable tool for investigators, researchers, security analysts, and public safety personnel to learn more about a geographic location, gather on-the-ground optical data, conduct threat assessments, and improve situational awareness. 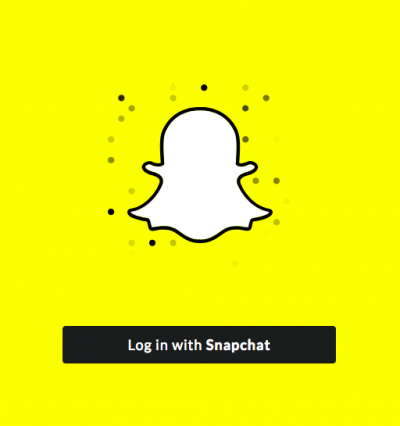 To access snaps as an investigator, you’ll need to set up a Snapchat account. Note: If you only wish to use Snap Map, you can access it on the web browser without setting up an account.

●Enter a preferred email address, which will then be tied to your Snapchat account. (Skip the requested cellphone number entry.)

●To locate friends on Snapchat you must grant access to your phone contacts—not recommended.

I recommend that you text/email your friends letting them know you are on Snapchat and to add you. Connect with your friends’ friends at your own risk.

Locating Others on Snapchat

●Take a photo or screen capture of your friend’s Snapcode, similar to a QR code but works only for Snapchat.

●Open Snapchat and tap on the ghost icon at the top left of the screen.

●Tap the Snapcode in your camera roll, and there’s your friend.

Now that you’ve gotten an account setup, it’s time to start honing your OSINT skills. Next week, we’ll walk you through Snap Map, which could prove to be an incredibly valuable and useful tool for investigators, especially when used in conjunction with other geo-mapping services and social media platforms.

Edward Ajaeb is the founder and president of Nighthawk Strategies. He is a licensed private investigator and intelligence analyst specializing in online and social media investigations, open source research, and due diligence. He frequently writes and presents on the topics of advanced open source intelligence techniques, online and digital investigations, security, privacy, tech, and social media. You can read his blog and  follow him on Facebook, Twitter, and LinkedIn.