What Every Investigator Needs to Know about Twitter Bots & Stolen Identities

This is the first blog post in a three-part series on how social media bots steal brand and personal identities and how you, the investigator, can get them back. 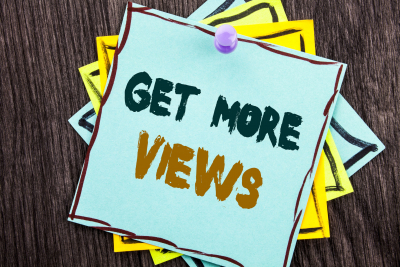 The above proclamation sounds enticing for anyone who wants their content to be seen first among the billions of other posts, ads, and people on the Internet. We all want to be number one. Imagine what it would be like to have your post read and Liked on Facebook by thousands in a matter of seconds. Better yet, getting your content retweeted on Twitter! What you say will be considerably powerful as your social media status is weighed next to your thoughts.

For example, this tongue in-cheek Tweet is considered wildly popular by virtue of its thousands of Likes and 341 retweets.

@MilesofHashtags has over 1,000 Twitter followers—a/k/a Friends—which sounds like a lot but in social network reality, it’s negligible compared to the truly popular on social media. Kim Kardashian has almost 60 million followers; Barack Obama has over 100 million followers; and The Hetherington Group has almost 1,300 (a decent number, since our posts are mostly marketing in nature and appear a couple times a week on Twitter).

Why the frenzy to have more followers than anyone else?

Simply put, some people assess their self-worth based on the number of people who join, like, and respond to their social media posts. Others get paid to be popular—and help sell products because of that popularity.

Popularity: Having a large following on one’s social media platforms provides a sense of pride and gratification to many millennials (1980s – mid 1990s) and Generation Yers (mid 1990s – early 2000s). Unlike their parents, these generations grew up with cell phones, tablets, and online social networks. Their interpersonal connections, behaviors, and value system confound their Generation X parents and Baby Boomer grandparents. When they post a public message, they want the largest audience possible. Many articles explore the ill effects of social media networks on young people: Social media addiction, cyberbullying, depression, and feeling “neglected” are among reported effects, all because they weren’t deemed popular enough. Socially, high school is still the same: Popularity matters. Today, however, it’s weighed by the number of Instagram followers not your choice of designer jeans. Recommended reading on this topic includes the Selfie Generation: How our Self Images are Changing our Notions of Privacy, Self, Consent and Culture by Alicia Eler.

Financial Value: Perhaps even more importantly is the financial impact attached to great popularity (Likes) on social media. The more followers who Like your posts, the greater your value. If you have a lot of followers and they read and retweet your posts, you have greater brand recognition than the person who has only a few followers. Subsequently, your posts will reach a wider audience—especially valuable within the celebrity community, since they are ranked by their popularity. One good example is Lady Gaga (@ladygaga), who has 77 million followers. If she decided to Tweet about her fondness for Revlon lipstick, Revlon tubes of lipstick would likely fly off the shelves thanks to her devoted Twitter-following consumer fans.

So how do you gain more followers?

A recent morning talk show asked its celebrity hosts if they had bought their followers. Two out of the three hosts said they had not. The third host hesitated, laughing off the question. Being an investigator, I looked up said celebrity’s Twitter account to discover he has tens of thousands of followers. When I scrolled through the list of fans, I found that many have sparse or incomplete profiles, i.e., lacking a headshot or providing any real identifying information. One profile, let’s call it @julieblahblah, last posted her own thoughts, not a retweet, on May 16, 2017. Since then she’s been retweeting almost daily. Taking her real name from the screen, I looked her up and found her obituary on May 18, 2017. Unless @julieblahblah is tweeting from the afterlife, her account has likely been stolen, reproduced, or otherwise turned into a bot. This is how a celebrity gets tens of thousands of followers.

Bots, short for robot or web robot, are applications that automate and repeat simple tasks—repeatedly.

Our news show host likely has thousands of bot accounts, which on the surface appear to be real people liking and retweeting everything he posts. Why would he bother? Because these fake accounts escalate his popularity, his platform, and his image. By remaining popular, he can become a marketable commodity. In short, you can buy your friends. But, in reality, those friends are not real people; they are bots.

How can I buy followers?

Companies such as SocioBlend, Devumi, EPICnpc, and BuyViews sell social media likes and followers to a variety of users: Celebrities, companies, political candidates, and the average Jane and Joe Doe. Earlier this year, the New York Times wrote an in-depth article on Devumi, highlighting the New York Attorney General’s suit against the Florida-based company for impersonation and deceptive practices. The article confirms what online social media investigators have known for years: People post anything and everything to get popular amongst their peers—even if they have to invent their peers.

One of the most important features that sets this market into play is that, as of June 2017, Twitter began updating its counts of replies, retweets, and favorites in real time, drawing even more attention to the @owner of the account. Prior to June 2017, a user could only see how many other @people favorited a post. With the adjustment, we now know exactly who, how many, and how quickly content is moving. Using our earlier example of @julieblahblah, here’s what we know: Twelve people commented; 341 retweeted her tweet; and 1,400 liked it. Regarding the June 2017 policy change, the likes and retweets notices are retroactive, which is helpful if you want to see an older post’s significance.

Follow us on Twitter @HetheringtonGrp to catch next week’s post—Investigating Identity Theft: The Ins & Outs of Conducting Investigations in a World Filled with Social Media Bots.

Like what you’re reading? Become an Hg member and learn how to maximize your online investigations with shortcuts, tips, tricks, better investigative tools, and advanced research techniques for all skill levels. As an added benefit, subscribers get access to our Opt Out Index containing over 200 active links to assist you in getting your private data off the Internet. From Abika to ZoomInfo, we’ve got you covered!